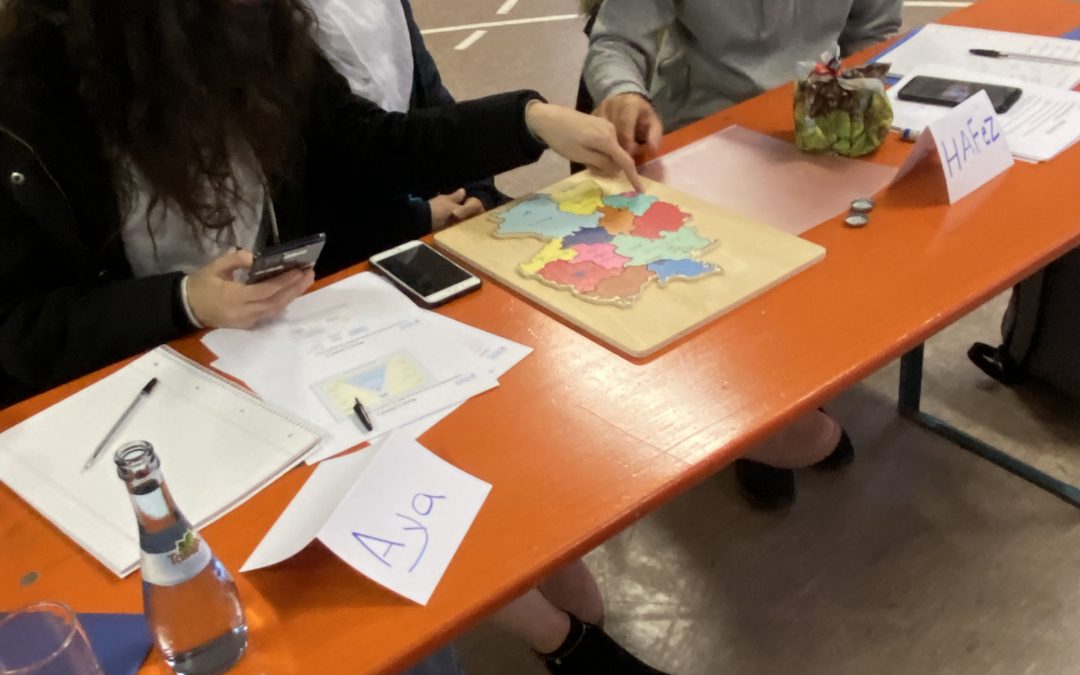 On Sunday, December 6, 2020, the training for the first group of MIT participants started in Filderstadt. The training took place in the cycling hall in Plattenhardt. The hall is large enough to comply with all currently valid Corona-related regulations of the authorities for holding adult education events. Sunday was chosen because it turned out to be the most suitable day for the participants. All participants had been asked about their preferences before the training started.

The content of the first day was MIT Module 1 with an introduction to the history and structure of the Federal Republic of Germany. The trainer was Andrea Jelic. After an overview of all eight MIT modules, she introduced the structure and procedure of Module 1.

The training started with an excursion into German history. The focus was on the history after 1945 and the division of the Federal Republic of Germany into federal states was explained in films and through narratives. On this basis, terms such as country, county, city, region, town, municipality and village could then be described.

The participants, third-country nationals from Syria, compared the German structure with that in their former country of origin. In the second part they described the areas of daily life for which the different countries, districts, cities, towns, communities and villages are responsible. The federal system in Germany was well received, as was the principle of subsidiarity. Regular rounds of questions, exercises, partly also explanations of words and terms rounded off the first training.

Interpretors were also available to answer difficult questions and explain individual terms in Arabic and Turkish. The participants were very satisfied with their first day of training and are already looking forward to next Sunday. Further MIT groups will start in January 2021 as evening and morning groups. Interested parties are always welcome. Just contact INTEGRA.