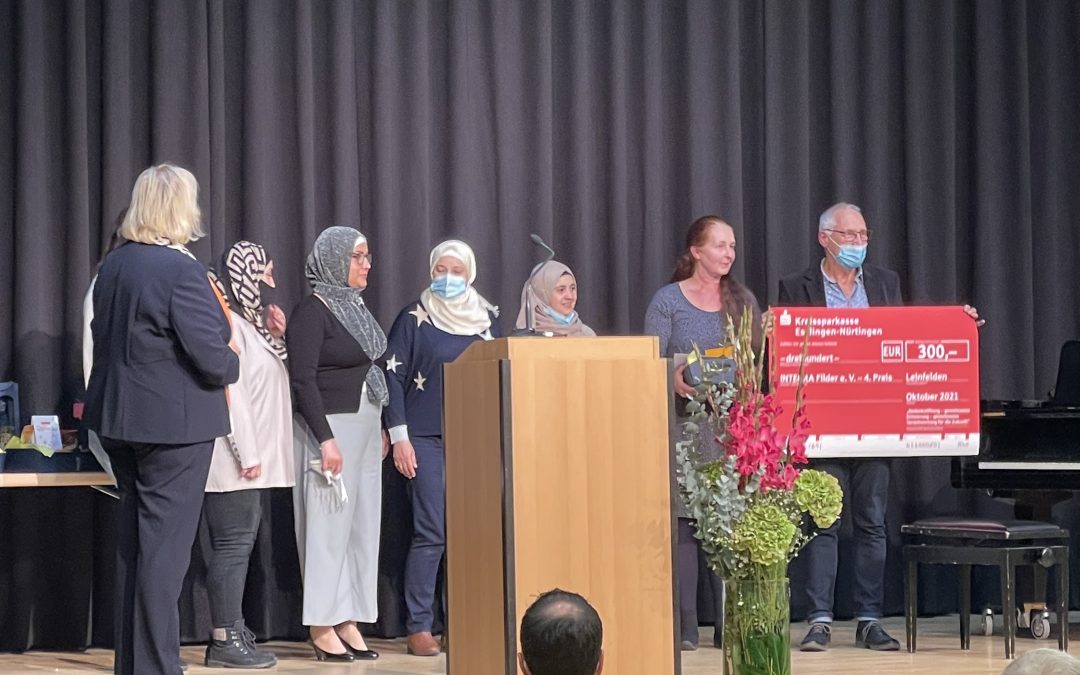 On October 28, the MIT project was awarded the fourth prize of the Memorial Foundation of the Cities of Leinfelden-Echterdingen and Filderstadt.

With this award, the foundation honors the services MIT provides for the integration of immigrants at the local level by promoting social and political participation. The recognition award, worth 300 euros, was presented to the MIT team and representatives of MIT participants at a ceremony in Leinfeldden-Echterdingen.

The Gedenk-Stiftung Städte Leinfelden-Echterdingen und Filderstadt  was recognized by the Stuttgart Regional Council in 2008 and, along with the memorial and the book, forms the third pillar of the commemoration of the victims of the concentration camp at the airport. The foundation aims to build a bridge to the present and the future. It awards prizes to projects from Filderstadt and Leinfelden-Echterdingen that commemorate the victims of the Nazi tyranny and other dictatorships and contribute to peaceful social coexistence. This also includes, for example, the promotion of integration as well as inclusion and violence prevention.